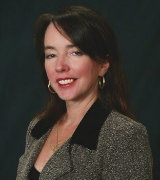 My job is to be of maximum service to you, while you are making some of your most important life choices My years of professional and life experience make that a guarantee.

She enlisted as combat Medic in the US Army Reserves at the age of 18. She later transitioned into the field of Financial Administration, on a special tour of duty with the 373 General hospital which had approximately 350 personnel. Her efforts earned a secondary job designation, normally requiring 300 hours of technical education. She was then asked to take a second special tour to work in Personnel Administration . She was instrumental in creating and implementing a fully computerized database/report generator for all personnel records of the 373d General Hospital.

She gained a third specialty and enlisted to full time service at the request of 803d Med Gp as Unit Clerk, reporting directly to the First Sergeant and Executive Officer. She attended 30 days Leadership Training and was quickly promoted to SGT and moved by special attachment to the 94th Army Reserve Command Headquarters. There she supervised computerized records for over 10,000 troops throughout New England. At the age of 23, she was instrumental in producing strength reports, crossleveling reports/orders for unit and individual mobilization during the first Gulf Conflict – Desert Shield and Desert Storm.

She was honorably discharged and attended Rivier College under the GI Bill . She majored in Psychology, with an undeclared minor in Philosophy, consistently earning Dean’s list status, while working as a secretary at Hastings Law.

She was a chief administrator and accounts manager for a start-up Landscape Construction Company; also in charge of marketing and sales proposals.

Licensed in NH in 2001, she worked at a small privately owned real estate agency, Joan Lemire RE, where she was both a buyers’ agent and listing agent.

She then relocated to Keene NH. She was an agent at Greenwald RE, under the management of Ruth Venezia, focusing mainly on property management. She was also a owner/manager of both single family and multi-family units of her own.

Originally from Boston, she came home to be closer to her family in 2008.

Having obtained her Massachusetts Real Estate License, she joined a mid-sized franchise and was quickly recruited to a Century 21 office in Danvers. She left C21 to work independently and in 2014 met the owner of Ocean City Development. She was hired to perform in house sales calling and within a month was invited to join the brokerage and work as an acquisitions agent. Her broad knowledge not only of residential and investment markets, but also of the city of Boston, its neighborhoods and its people quickly shone through in her ability to close acquisition contracts for Ocean City Development and the Cameron Real Estate Group.

In addition to acquisitions, Barbara also handles both traditional and off-market real estate sales, whenever that is the best or preferred option for the homeowner. Her long experience with sellers, buyers, and investors guarantees a smooth transaction. Her skills, coupled with the broad advertising reach of Ocean City, Boston’s most widely known real estate investment and development enterprise, brings property owners higher sales prices in shorter time than any other agency.

Outside of work she is a volunteer on both the Beverly Community Garden council and an appointed representative of Beverly’s Open Space and Recreation Committee, an advisory board to the Mayors office and the Planning Board.

She is a proud mother of three amazing young adults, one in college , one in military service and one just graduating high school.